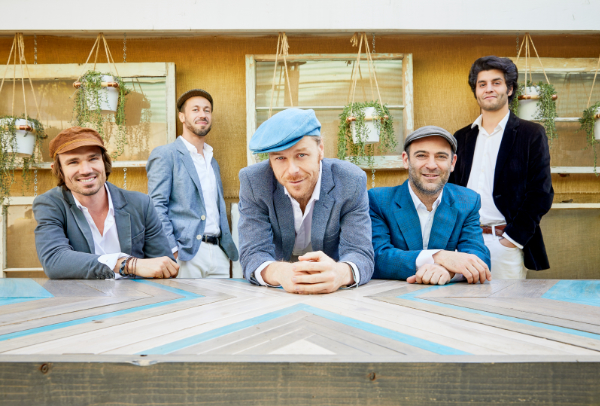 We are the management team for The California Honeydrops. The California Honeydrops don’t just play music—they throw parties. Led by dynamic vocalist and multi-instrumentalist Lech Wierzynski, and drawing on diverse musical influences from Bay Area R&B, funk, and New Orleans second-line, The California Honeydrops bring vibrant energy and infectious dance-party vibes to their shows. They’ve taken the party all over the world from Europe to Australia to Burning Man and beyond. Whether in those high-profile performances or in intimate venues where the band itself can leave the stage and get down on the dance floor, The California Honeydrops’ shared vision and purpose remain: to make the audience dance and sing. www.cahoneydrops.com
California Honeydrops Contacts:
Management – Heather Newman – Feather Ventures
Booking – Jerry Lima – Paradigm Agency
Publicity – Chris Schimpf –  Sacks & Co.
Licensing – Michael Nieves – Sugaroo! 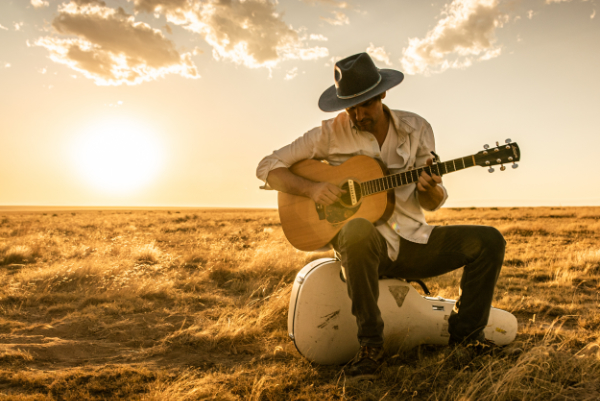 Colorado singer-songwriter, Daniel Rod­­riguez, turns to his acoustic guitar for memorable, melodic hooks to accompany his poetic and contemplative folk songs. Boulder Weekly refers to Rodriguez’s voice as “a timeless voice, deep and hearty, weathered but comforting.” With over a decade under his belt as one of the founding members and lead songwriters of the transcendental folk band, Elephant Revival, Rodriguez is well-versed in the Americana tour circuit. Before going on hiatus, after their third headlining Red Rocks show in May 2018, Elephant Revival had released six albums and performed countless shows and festivals across the nation as well as overseas.
Daniel Rodriguez Contacts:
Management – Heather Newman – Feather Ventures
Booking – Jerry Lima – Paradigm Agency 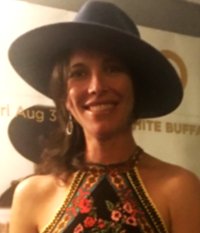 Heather Newman is the president of Feather Ventures and has been the General Manager of The California Honeydrops since 2012.  Heather grew up in Miami, FL and moved to California in 2001 where she earned  her Bachelors in Biophysics (UC Berkeley, 2006) and her Masters in Biophysics (UCSF, 2009).  After completing graduate school, Heather worked as a Trip Leader for Backroads and founded Feather Ventures, a Travel Consulting company.

In addition to the music and travel business, Heather has a “Science Salon” series where she speaks publicly on topics such as Music and the Brain, Quantum Physics, and Cosmology.

More about the CA Honeydrops 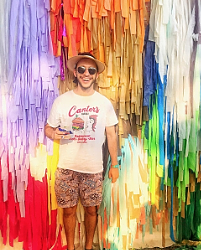 Ben Glasser is an Assistant Manager to Heather Newman, as well as sponsorship coordinator and in-house graphic designer. Ben graduated from the University of Southern California with a degree in Cognitive Science and a minor in Marketing. Previously, he worked at Jack Johnson’s label, Brushfire Records, where he helped manage the careers of various bands/artists such as Fruition, ALO, and TAUK. Ben’s favorite Honeydrops memory was having the opportunity to assume the role of tour manager for one of their tours. On his own time, Ben also makes music with his own group that has been fortunate to tour internationally as well as perform at clubs across America and festivals such as Bonnaroo, Coachella, and Electric Forest. 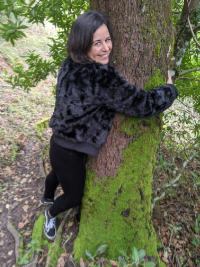 Jen Ammenti is the Merchandise Manager for the California Honeydrops. Jen grew up in the Bay Area, where her obsession with reading song lyrics from her cassette tape jackets and embodying the likes of Whitney, Madonna, and Janet took root. She graduated with a BA in Liberal Studies and Outdoor Education from CSU, Chico and has an M.Ed in the History of Education from Teachers College, Columbia University. When she’s not packing boxes of merchandise for the Drops, she is coaching, consulting, and facilitating workshops and retreats with The Unwound Mind. On the side, she loves to get crafty creating stage backdrops (Hot Buttered Rum, Blue Turtle Seduction, and ALO) and festival ambiance (Las Tortugas Dance of the Dead and High Sierra Music Festival). In her free time she enjoys learning dance choreography, painting with watercolors, writing poetry, losing herself in the backcountry, experimenting in the kitchen, and hiking with her hound, Zelda.